Girl Power in IT. If Not Us Then Who?

In 2022, women in IT are neither a new nor a controversial occurrence. There have been numerous initiatives over the past several years encouraging women to stake their claim in the world of technology. It is therefore time to start seeing this trend as a return to the roots, as people often forget that it was us, women, who were the first programmers in the world.

Yet we still are in the minority among industry veterans. According to numerous sources, women in Poland account for 30% of them. But things are looking up, as it is estimated that in as little as 10 years, 40% of global IT specialists are going to be female. And as many as 47% of people studying in STEM (Science, Technology, Engineering, Mathematics) departments in Poland are women. For comparison – in Germany, it is only 27%. 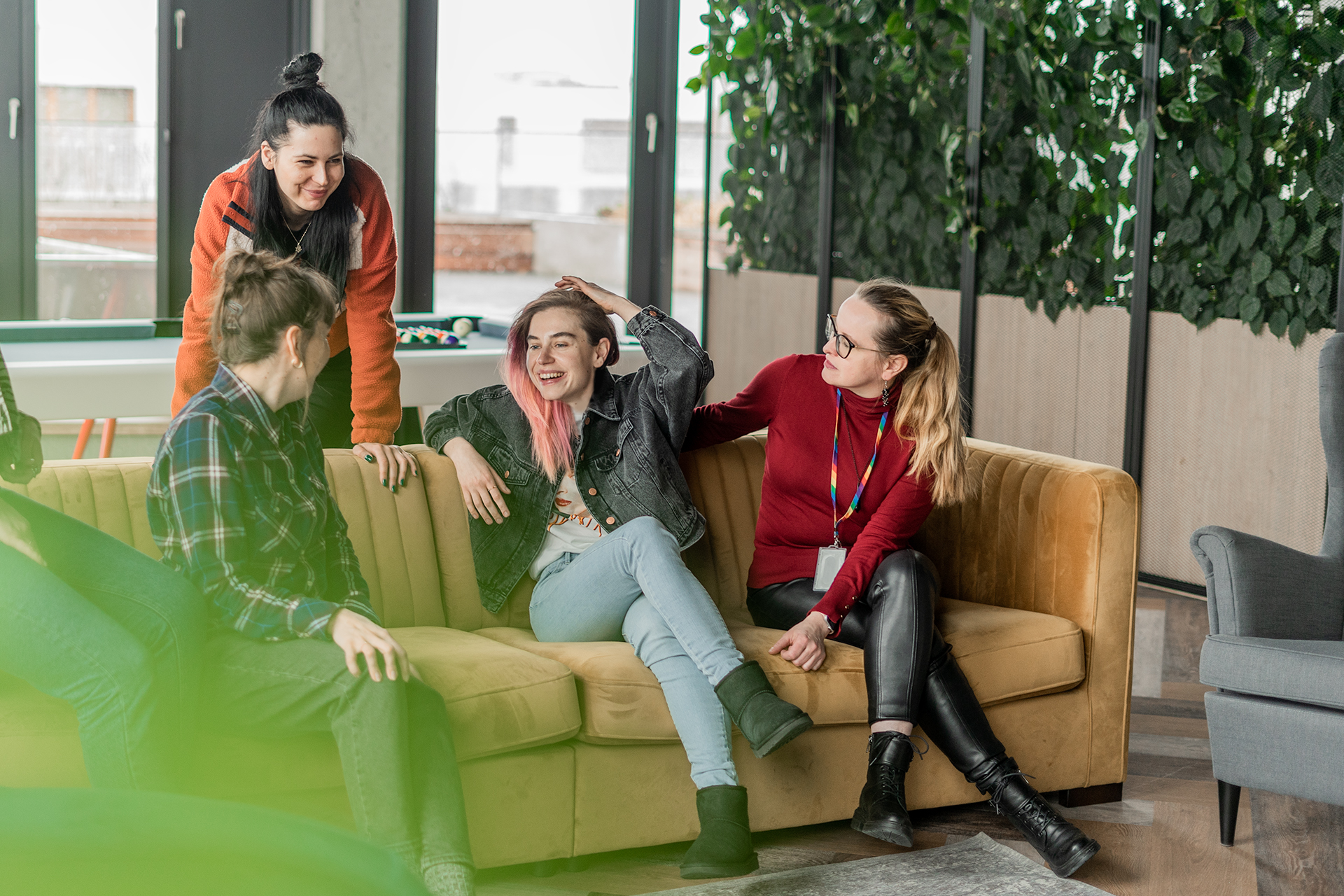 The IT industry is among the fastest growing sectors in the world, and yet the Polish market is still about 50 thousand specialists short. As per the “Women in IT [2021]” report prepared by No Fluff Jobs, last year as many as 60% of surveyed women were thinking about joining the IT sector or switching industries. What more can I add? The start of a new year seems like the perfect time to finally let go of fear and reach for that which to many of us seemed so utterly unattainable. And to do so with your head held high!

Girls, if not us, then who?

Is there room in the IT sector for specialists with skills and experience unrelated to the world of technology? Definitely! According to the Deloitte Access Economics report, by 2030 two thirds of all jobs will require highly developed soft skills. This means that even if you don’t feel confident in roles that require technical acumen, you still have something to offer. Regardless of the gender of job applicants in the coming years, the most valuable skills are going to be the ability to adapt to changes, learn quickly, work with agility, and understand (and work towards) the business goals of your organization. 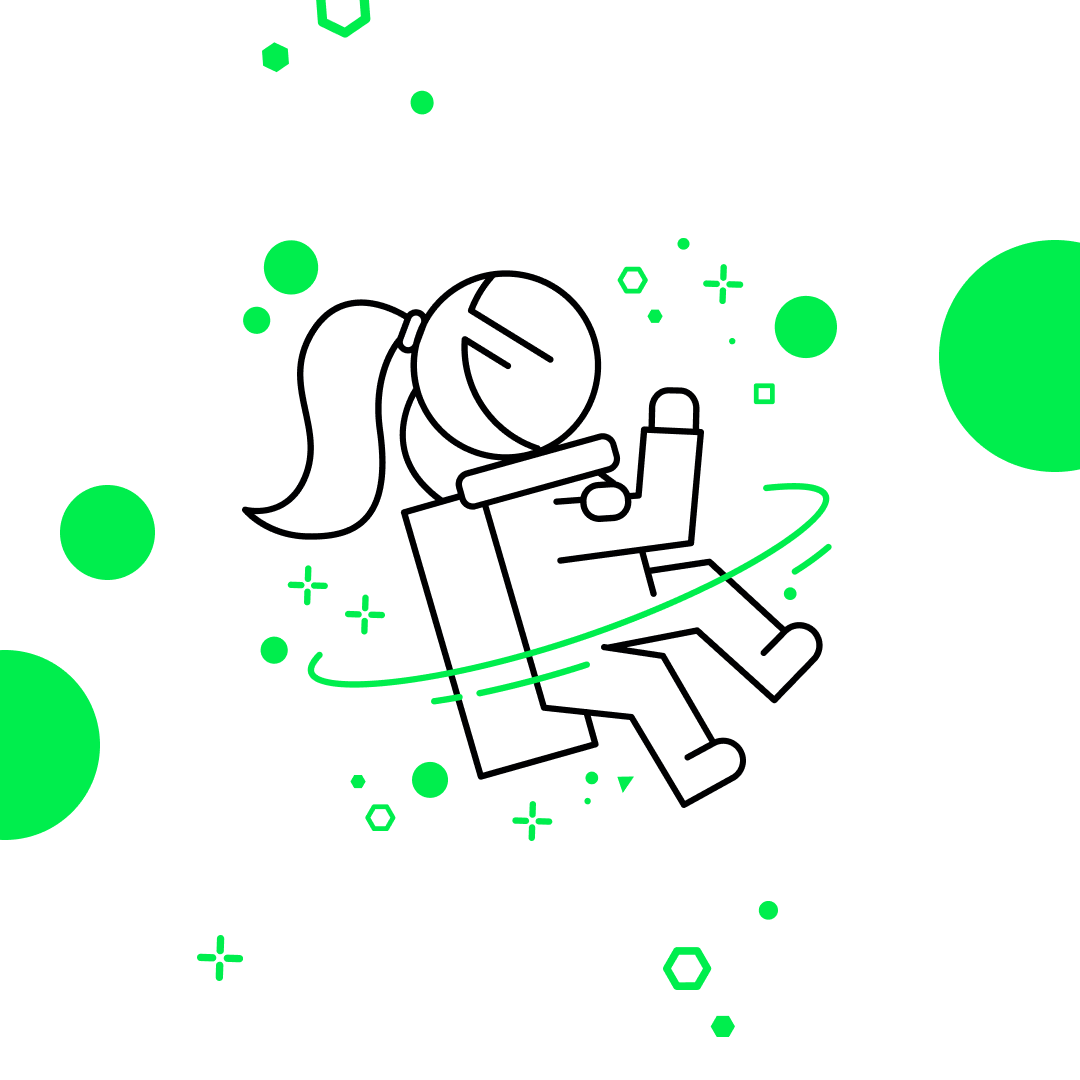 The IT sector is a complex ecosystem comprised of people with various skillsets and levels of experience. It’s a world in which your education does not dictate where you start. Success is mostly dependent on how open and how willing to evolve you are. The abovementioned “Women in IT [2021]” report seems to confirm this. Women who have found their dream jobs in tech companies have taken positions related to programming, testing, project management, and service design.

You don’t have to be pre-disposed to work in the IT sector. And you don’t have to be a man to be successful at it. Even if you didn’t study programming or some other tech-related field, you can still have a career in your new profession.

I don’t have experience in the industry – so what?

If you’re wondering if all roles in the IT sector are equally important, there is this wonderful anecdote about President John F. Kennedy’s visit to the NASA space center. When the politician noticed a janitor, he stopped the tour to say hi. He introduced himself and then asked:

– And what do you do here?
– Well, I’m helping get a man on the Moon, Mister President – replied the janitor.

Seeing value in your work is key. That’s what will keep you engaged and give you satisfaction in your work life.

According to data from the No Fluff Jobs report, as many as 53% of women who started work in the industry did not major in programming. Many roads lead to the world of technology. Among the women thriving in this sector, we find ones who have graduated in archeology, Iberian studies, architecture, medicine, law, and rehabilitation. The IT sector is big and accommodating. 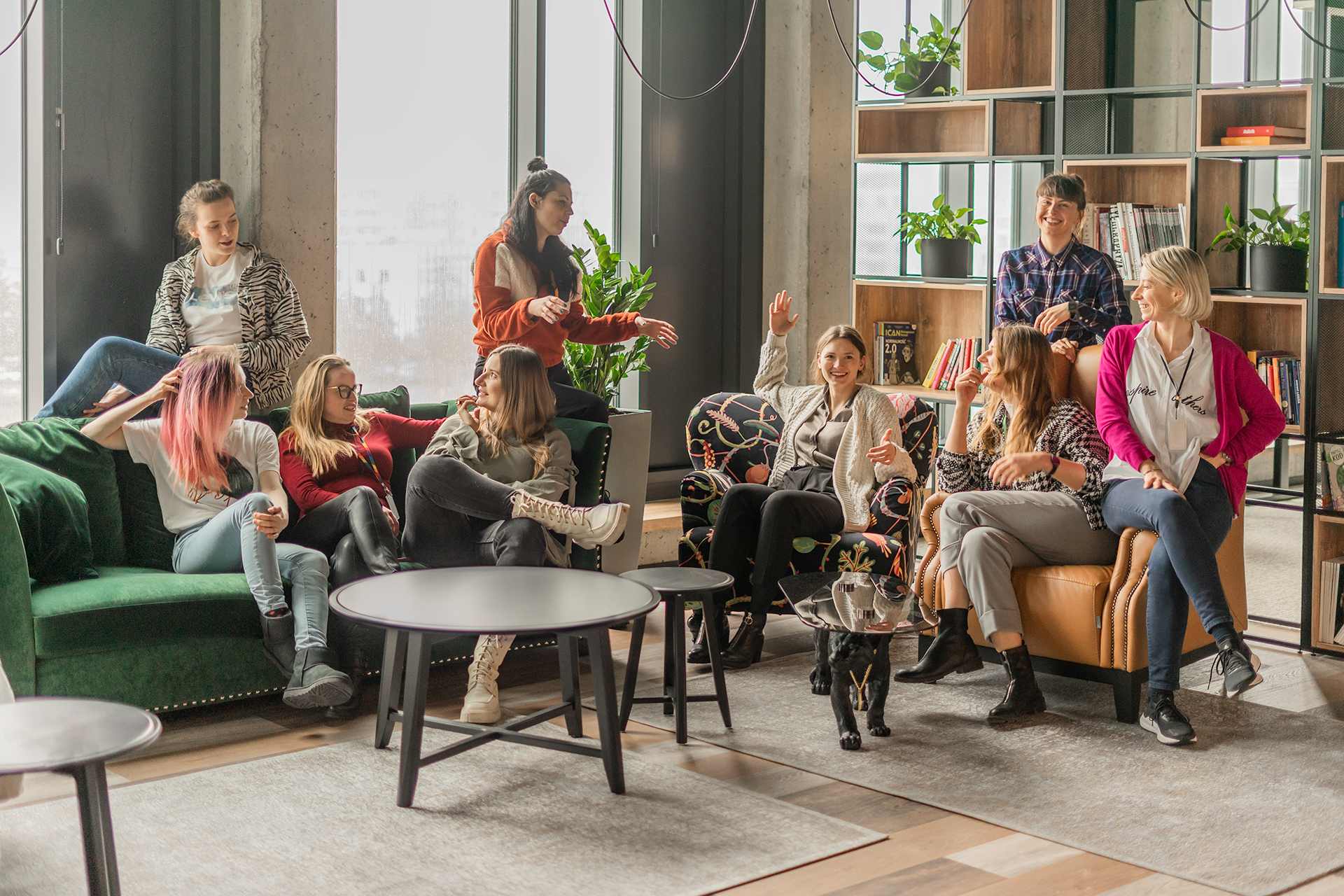 What is the situation at our company, SYZYGY?

I kind of fell into IT by accident  – says Lidia, the Project Manager of one of our teams. – I come from the world of advertisement production, which is a completely different ballgame. But it turned out that my previous industry has equipped me with skills I can use in this one – like business analysis. 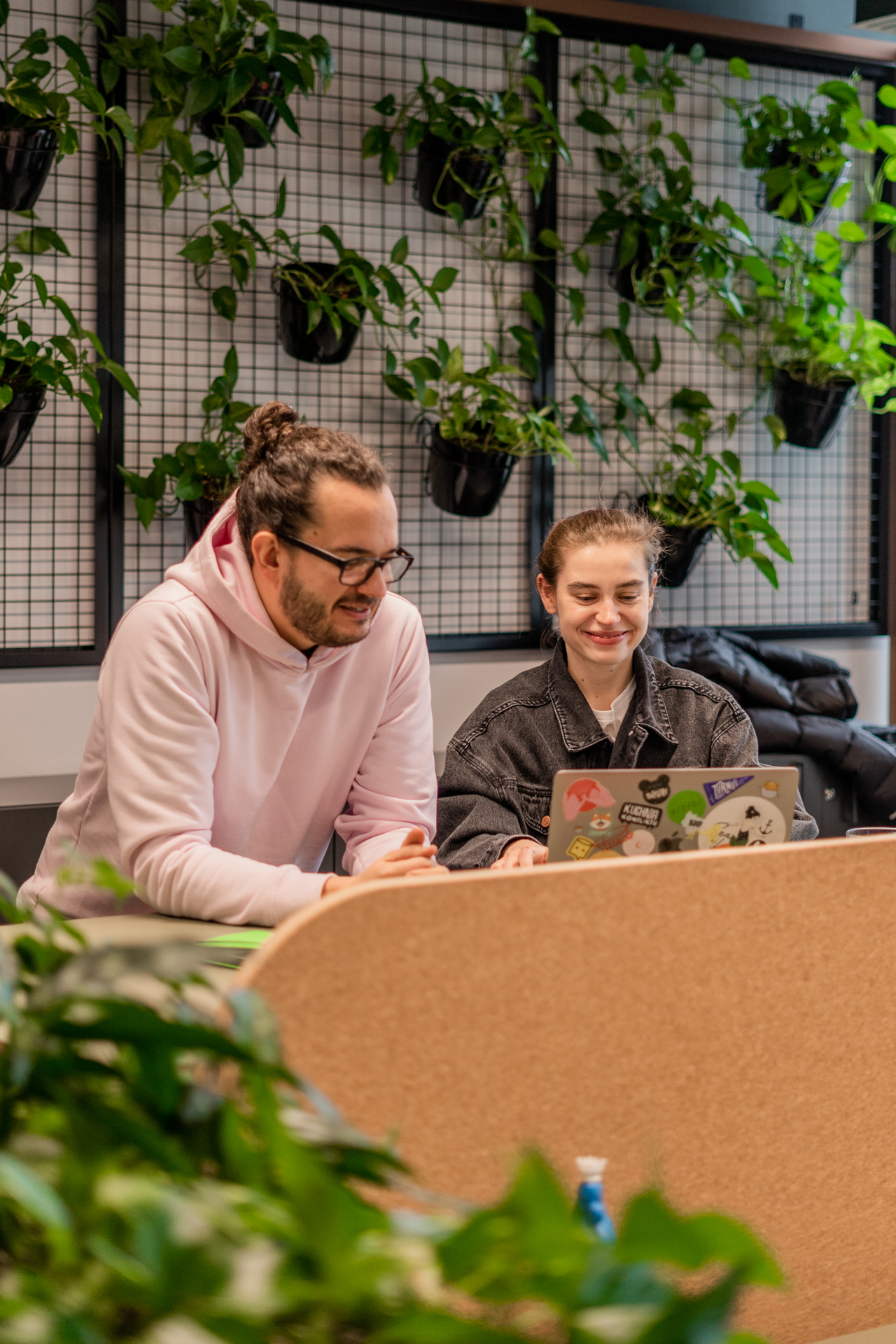 Agnieszka, a Front-end Developer, has a similar story:

My path to IT was a bit unorthodox. I didn’t study programming, I graduated in religion studies from the Jagiellonian University’s Department of Philosophy. But then I started teaching myself to program, and got a job as a Junior Front-End Developer.

My own path was not unlike Lidia’s. For many years, I have worked in the advertisement industry, and before that – in Public Relations. Even though I was already dealing with the digital sector, I was still hungry for more. When I was about 11, I started my first blog and tried my hand at HTML – even though I had no clue what I was doing. And it was this technological aptitude that eventually made me a Project Manager. With time, I’ve also started to train myself in AGILE METHODOLOGY. I saw three possible paths for myself: I would either become an astronaut, a real life ruin-investigating Lara Croft, or I’d go into technology. It took me some time, but I eventually picked the most realistic option.

Women aged 25-34 were the largest (61%) group of respondents in the “Women in IT [2021]” survey. The second largest group were women aged 35-44 (20%). It was only in third place that we found the youngest surveyed group, aged 18-24 (16%). As you can see, you don’t have to be fresh out of university to go into tech. You can change your profession at any moment and at any age. Especially since the industry itself is constantly changing. New professions are being created, while others evolve – you have plenty to choose from!

Stereotypes versus reality. Is gender a factor?

Even if you have the will and the willingness to learn, many of you are still insecure about being “not tech savvy enough”. Let’s be honest, the world doesn’t always support us. According to the report “Potential of Women for the Tech Industry. Education, Expectations, Aspirations Vis-à-vis the Market” prepared in 2015 by Siemens and the Educational Perspective Foundation, the situation is troubling. Based on the report, 25% of female high school students were actively discouraged by their families from pursuing technical studies. 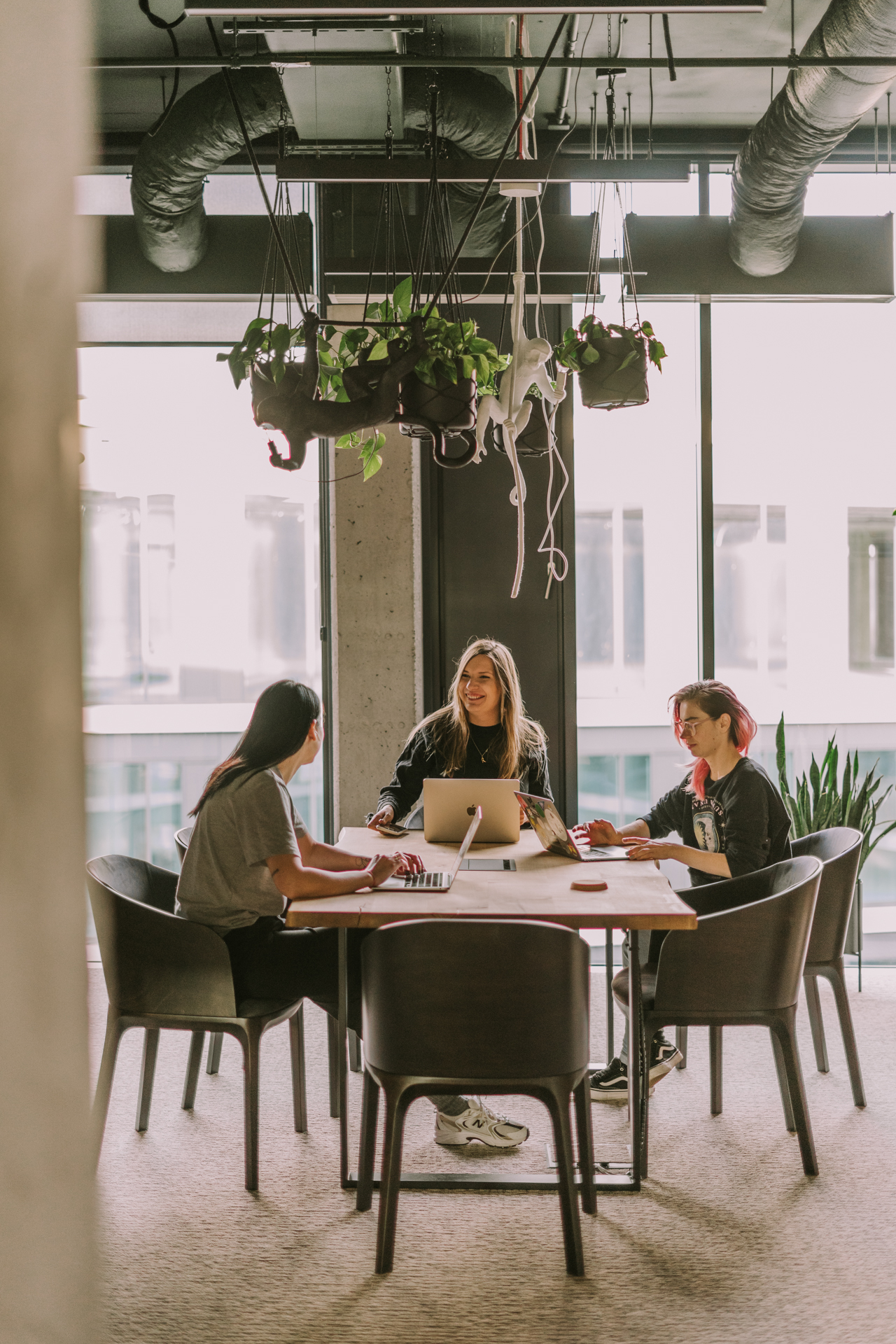 There is no data suggesting that gender has any impact on the speed with which you acquire and internalize knowledge.

If you hear from a young age that men are naturally pre-disposed for science, this can affect your choices in adult life. You start believing that you’re not good enough or that there is a big chance that you’ll fail. Stereotyping in the industry and the conviction that “IT is masculine” are still going strong. It should therefore come as no surprise that many women still have problems believing their potential. There is no data suggesting that gender has any impact on the speed with which you acquire and internalize knowledge, which means that women can be as good at programming or business analysis as men! Should we therefore fear a scenario where we won’t be hired “because we are women”? Absolutely not! The tech sector is increasingly open, accommodating and tolerant. And if you are ever refused a position without a sensible reason, it just means that you’re better off not working there. Somewhere out there is a better position for you. So launch your insecurities into space!

The developer is NOT as scary as he is painted.
Lidia Rojewska
Technical Project Manager

Launch your insecurities into space

Those of us who don’t see ourselves in positions that require technical knowledge should remember that feeling insecure towards an experienced programmer is kind of like feeling insecure towards a veteran heart surgeon. Programmers have spent years on acquiring their knowledge. If we want to become one of them, we should start comparing ourselves to them and find our own space where we can grow. Let yourself make mistakes. Your professional path is not set in stone, you can always change it. 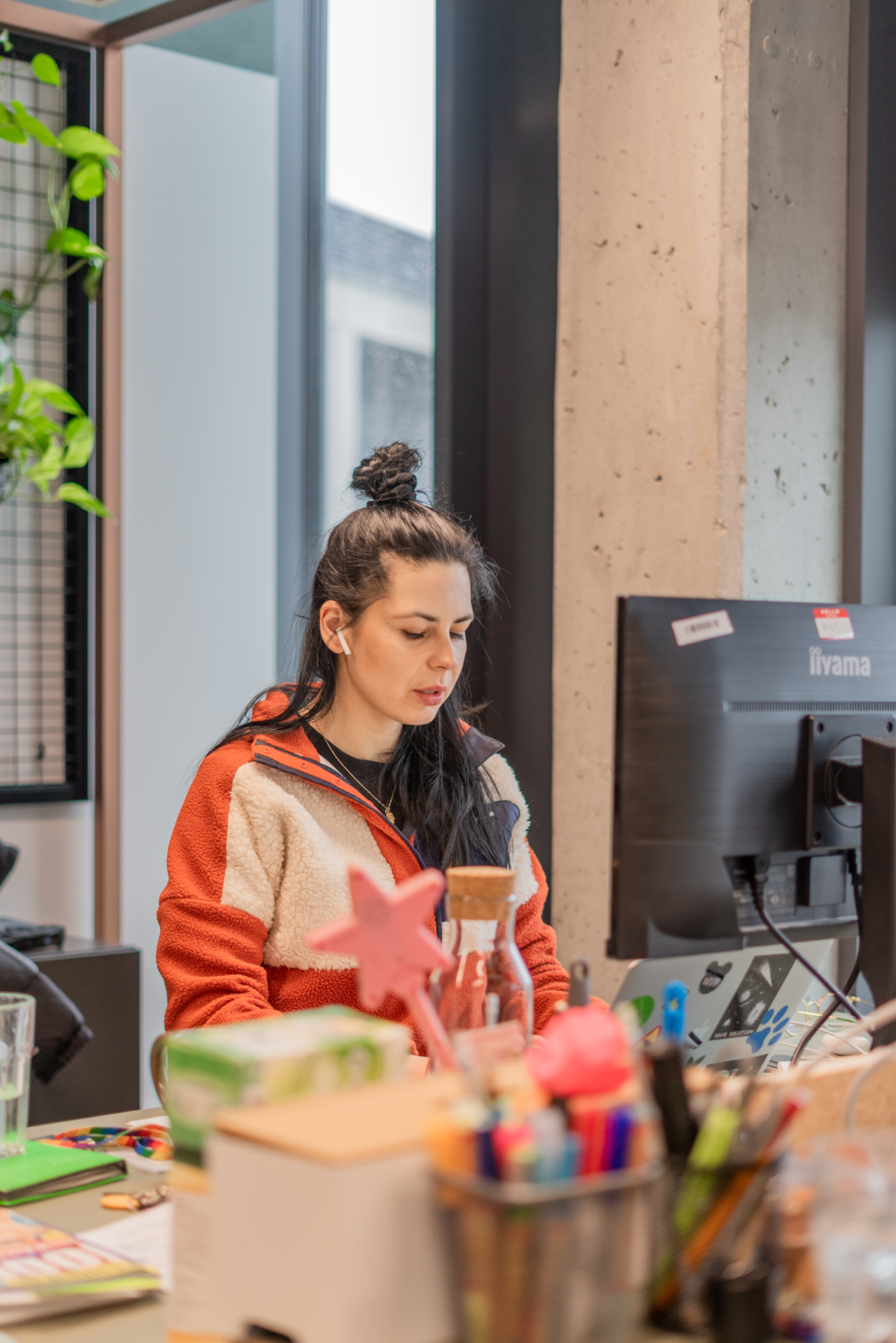 What do our girls say about that? – After getting deep into IT, I can say that the industry isn’t as hermetic as it seems – claims Lidia. Believing in your own qualifications and being willing to learn is enough to try your hand at it – you might even be pleasantly surprised. The developer is NOT as scary as he is painted. On the contrary – I don’t remember the last time I learned so many new things! Switching to a different industry often leads you to realizing what your weak points are, but I see it as a first step towards fixing those shortcomings.

Agnieszka wasn’t anxious about joining the industry either: – I wasn’t scared because I was clueless – she laughs. – It also didn’t seem like the bar was being set higher just because I was a girl. I think if you want to start your adventure with programming, how you identify in terms of gender is beside the point. The key things here are courage and perseverance, at least at first.

What if you decide it’s not a good fit after all? – If it turns out that you’re not feeling it – that’s still okay. Not everything is for everyone. But it’s a shame to not even try.  – Lidia adds encouragingly.

Why you should take a chance on the industry (and yourself)

“Maybe we should (…) instead ask ourselves why the IT sector is important to women? Why do women have to be important to IT? Why can’t they just be? IT is one of the fastest growing industries, it offers access to incredibly good salaries, stable employment and a thriving job market. That’s enough.” – says the Future Collars team in their interview with Aleksandra Bis, founder of Dare IT.

During the pandemic, the number of women who prefer employment contracts has grown. However, we should be mindful of the fact that it does not offer you absolute security. A significant portion of women work in professions that are in danger of being automated and robotized, ex. in retail or finances. For us, girls who want more, this means that it’s not the form of employment but rather expanding our digital skills and finding work in IT that is more likely to guarantee a safe and satisfying future. IT is often a friendly workplace for people who are planning to have children. The job is secure and immune to economic fluctuations. The coronavirus epidemic has accentuated the strong points of this sector in Poland, and has turned remote work from a privilege to the industry standard.

Tech industry organizations are the most accommodating in the work place. Most companies accept remote work, which often allows you to find a balance between work and family obligations. Additionally, IT is mostly task-focused, which allows for more leeway in terms of hours spent on individual projects. Aside from high salaries (65%), surveyed women who already work in IT named the following advantages of finding employment in this sector: good atmosphere (66%), opportunities for personal growth (64%), working on interesting projects (31%). 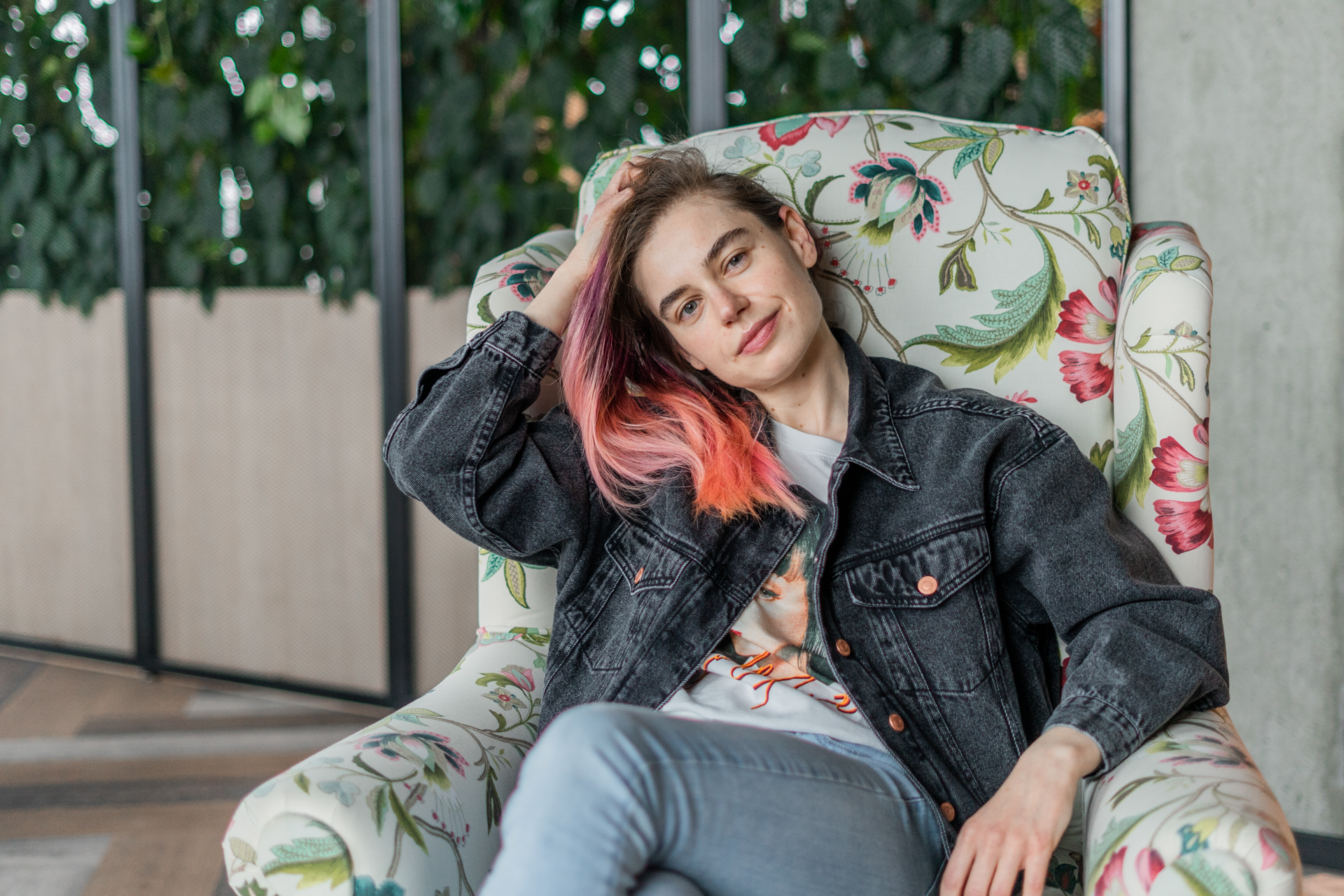 Who if not you?

In summation, the role of women in the IT sector is only going to grow. The industry is undergoing significant changes and is turning inter-disciplinary. I’ll leave you with a quote from a member of NASA, hoping that it will inspire you to believe in yourself even more: “Who if not you? When if not now?” – this was a question posed to Jill Marlow, an engineer at the space agency, when she started doubting whether she chose the right profession.

Who if not us? When if not now?

In SYZYGY I have Agile Facilitator & Backlog Master roles, among others… 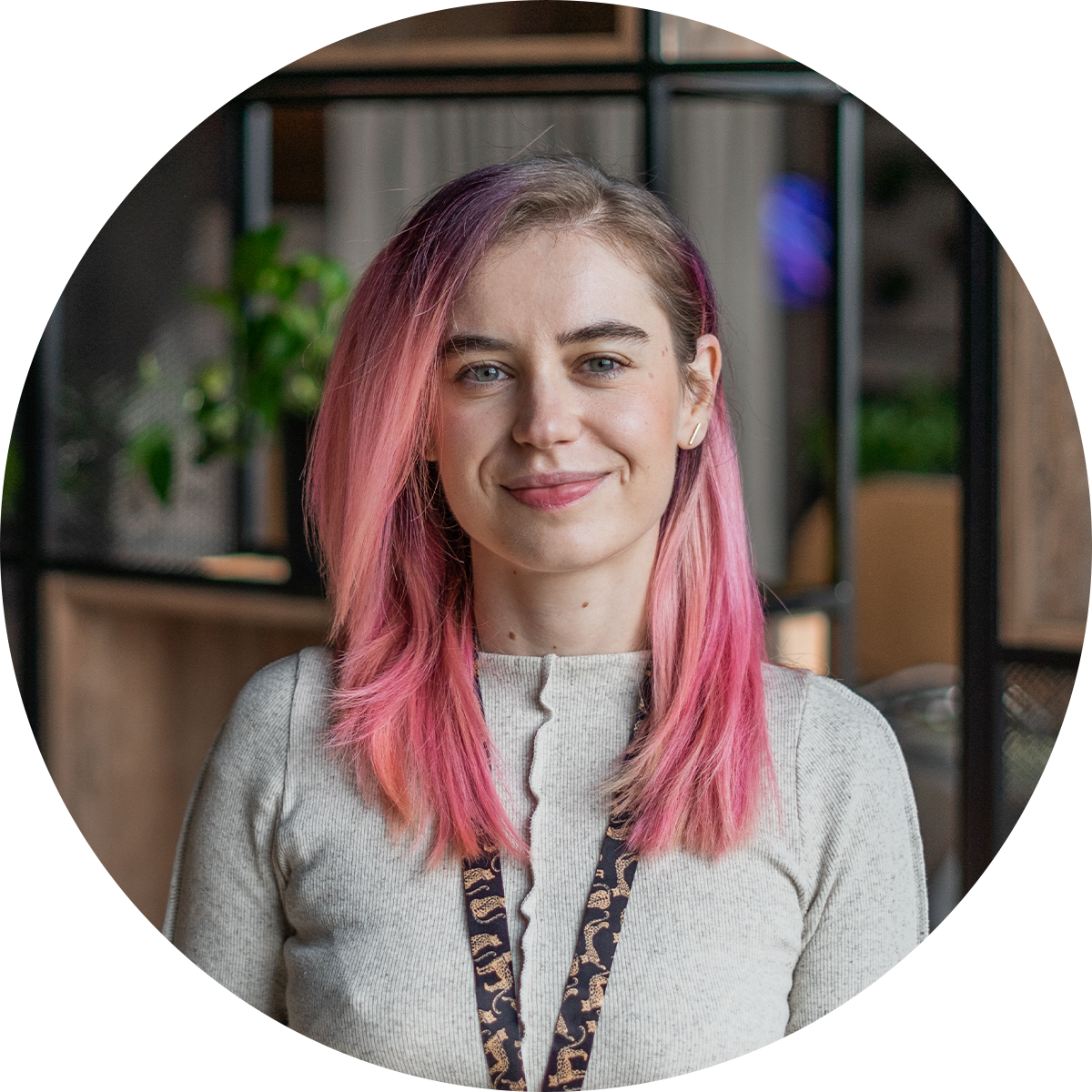 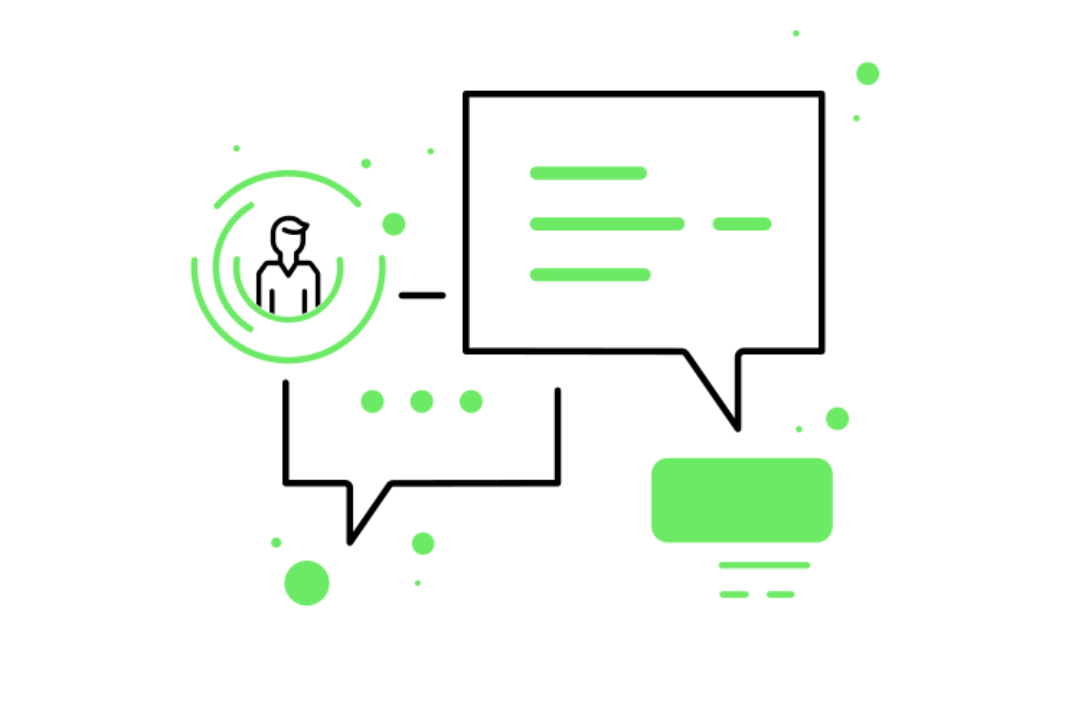 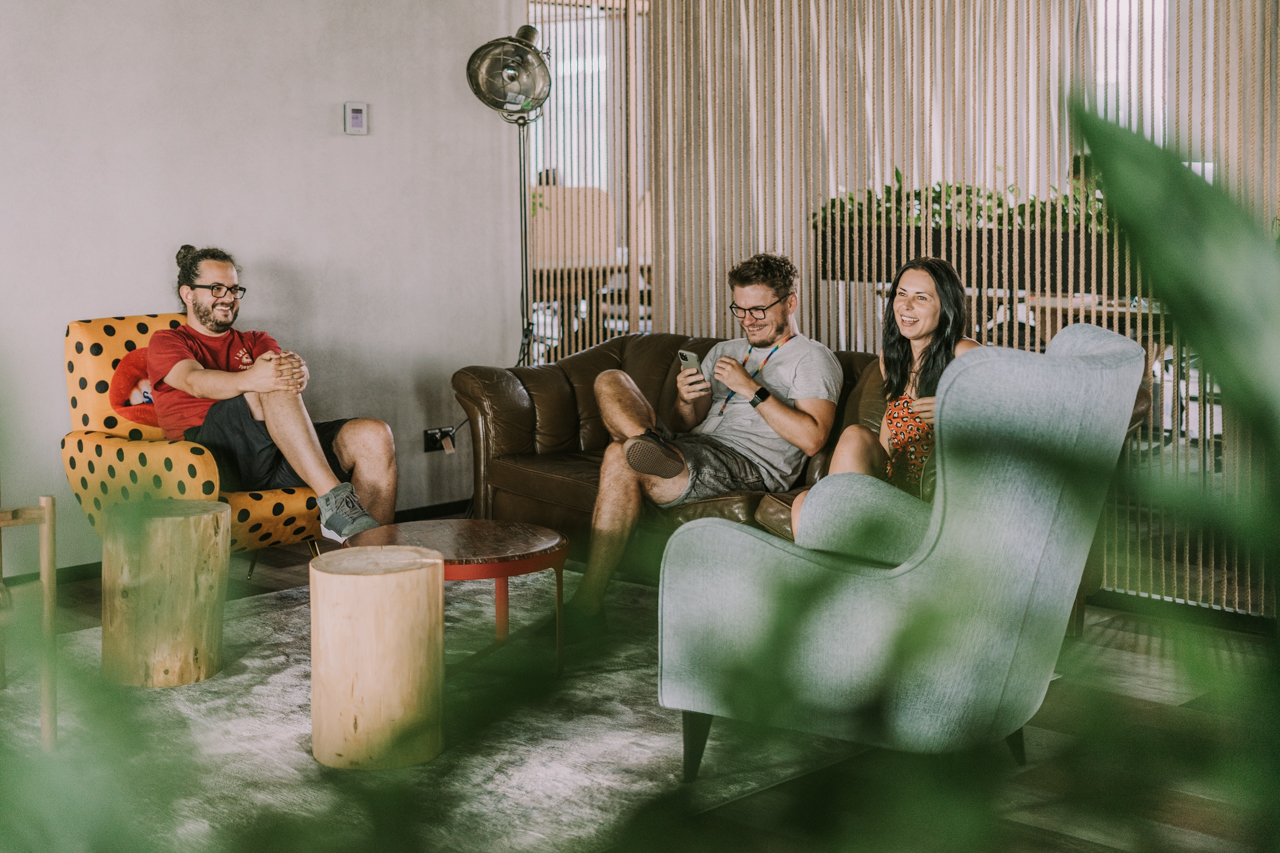 Here you will find an overview of all cookies used. You can give your consent to whole categories or display further information and select certain cookies.